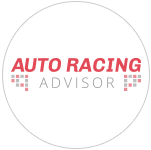 He won this race under the same package last year. He has six straight top eight finishes in the Brickyard as a member of Stewart-Haas Racing. In Pocono, he finished first and second respectively.

Worth a risk here on him. He's won four times this season and chasing a crown jewel. Hamlin, has won the Daytona 500 three times. He's won the Southern 500 twice. He's won the Bristol Night Race. But, he's 0-for-14 at Indy. Maybe that changes on Sunday with Hamlin having five top six finishes in his last six tries here and being in the top two in both races last weekend at Pocono.

Don't let his stats fool you. He had a top five car in each of the last two Brickyard 400's. He has arguably the fastest car on the season.

He was fourth a year ago. Worth a gamble here.

He has two top five finishes in his last three starts on the season to go along with a runner-up in this race in 2018.

His stats aren't great at Indy but he is riding a four race top five streak and looked fast on a similar track last weekend in Pocono.

Auto Racing Advisor and Covers can get you a great signup bonus at these top recommended sportsbooks: