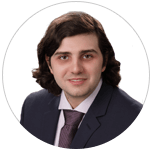 Arsenal will be buoyed by their recent 2-0 win over Southampton. They’ll look to build on that here against the already relegated (98% chance) Norwich who will surely be rotating their best XI after their intense FA Cup 1/4 final

Norwich are coming off 120 mins of play in the FA cup against Man Utd today and they lost another defender (klose suspended) As we know runs like these require excellent squad depth and Norwich don't have that.

Had the circumstances been different I wouldn’t have wanted anything to do with this bet, however Norwich will be there for the taking on Wednesday. Expect Arsenal to capitalise.