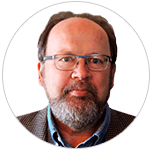 The set-up: Neither team has played to many high-scoring affairs of late, but I'm expecting a wide open affair here and I expect this total to soar over sooner, rather than later. The Bruins have won three in a row and only given up four goals in the process. The Panthers on the other hand have lost three in a row and five of six. The Panthers defense is a mess, coming in ranked 29th in the league in GAA. The Panthers have a strong offensive attack though, as they have five players with at least 20 goals, led by Mike Hoffman (27). I think the home side plays with wreckless abandon here as it tries to get off the schneid.

The pick: Note as well that Florida has seen the total go over in 12 of 18 vs. the division this year and in five of seven when playing with three or more days rest. As I mentioned off the top, I expect a wide-open, faster-paced "shootout" in this one.

10* TOTAL COACH'S CORNER on the OVER Bruins/Panthers.