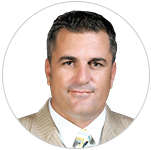 This is an 8* play on the Raptors.

I bet on Toronto to win the East (25-1) before the season started, and I am pretty pleased with that bet. Here is what I said in October: "There is no doubt that Kawhi Leonard deserved plenty of credit for bringing a title to Toronto, but I believe that there is a false narrative that he did it by himself. Many people question how competitive the Raptors can be without Kawhi. I would point out that last year they actually had a higher winning percentage in games he missed due to load management, than they did in the games he played. This is also a team that finished at or near the top of the Eastern Conference several seasons in a row prior to the arrival of Kawhi. Players like Fred Van Fleet and Pascal Siakam should be primed to thrive in a greater role." They catch the Lakers off a win in their first game over the Clippers, setting up LA for a let down spot. They didn't look impressive in the win over the Clippers, and they should be resting players here with a 6.5 game lead in the standings and only a handful of games to play.