Congratulations to all subscribers who each earned $8,331! 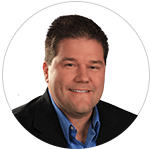 Who is Scott Rickenbach?

Rickenbach ranks among the most consistent and reliable handicappers in the industry on a year in and year out basis. With his affinity for statistics (truly a "numbers whiz") Scott naturally chose a career in business in 1993 when he earned his 4-year university degree (Bachelor of Business Administration) and, in the same year, passed all 4 parts of the CPA (Certified Public Accountant) exam on the first sitting.

Now a Las Vegas resident who is 48 and in his prime in the gambling mecca of the world, Scott brings two decades of experience in sports analytics to the table. He prides himself on the fact that documented records exist for each selection he makes.

His multiple decades of documented results in the industry have included a wealth of top five finishes in all the sports. This has included many #1 net profit rankings for multiple seasons and multiple sports.

As a CPA, Scott's business acumen led to razor-sharp money management skills in sports betting. His internationally renowned "sharp line analysis" assures clients get the most "bang for their buck." Truly a trained "statistician" and "quant on steroids" if you will, the highly analytical Rickenbach ultimately chose his true passion (high-level sports analysis) over high finance.

Scott likes to look for situational advantages for certain teams and isn’t afraid to take a contrarian approach when the public is in love with an overvalued team.

Scott’s standard releases have an 8* rating, with his top play for the day in each sport rated as 10*.

Get access to ALL of Scott's NFL and NCAAF picks for 31 days!

Get access to ALL of Scott's 2021/22 NFL + NCAAF Regular Season and Playoffs/Bowl Games picks!

Bowl Season is here so don't miss final thoughts on how the teams stack up heading into this great time of year.   Read More

Some more upsets this past week lead into an exciting Championship Weekend and then another massive bowl season is on the way!   Read More

Similar to the prior week, the shakeups in the rankings this past week were mostly confined to the lower half   Read More
All Experts News

Get access to ALL of Scott's NFL and NCAAF picks for 31 days!

Get access to ALL of Scott's 2021/22 NFL + NCAAF Regular Season and Playoffs/Bowl Games picks!

Product has been purchased.
$999
$999
$999
About Us
Contact Us
Careers
Our Team
Brand
Testimonials