Congratulations to all subscribers who each earned $6,117! 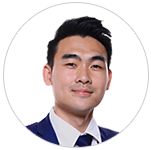 Who is Ricky Tran?

Ricky Tran's destiny has always been sports betting. The "Asian Assassin" was exposed to the horse racing and gaming industry from a very early age through his family's involvement. It was there that Ricky learned the basics of handicapping and wagering. His experience was soon being applied to all forms of sports betting, and a dynasty was born.

Ricky initially viewed sports, like most, as a fan. However, he soon found himself being more challenged by the gaming aspect. Being a fan was fine, but being able to break down a game's inner workings and nuances, with an unbiased and analytical mind, would give him the advantage he needed to enter the sports betting arena. Today, after several years of highly successful sports betting, Ricky Tran has the the type of lifestyle that most can't even imagine. Ask around and you'll learn that Tran is widely regarded as one of the brightest stars of the new generation of handicapping.

Ricky makes a living attacking opening lines and is almost always on the right side of line movement. All of his picks come with ‘key trends’ where he illustrates how they apply to the current situation. Ricky is extremely sharp with numbers and represents a new breed of handicapper. Youthful, enthusiastic, technically savvy and up to date with the latest tools of the trade; but he's not shy to trust his gut on any given bet and ignore the stats.

Ricky Tran’s standard releases have an 8* rating, with only his top plays getting a 10* designation.

Shoot Out the Lights (totals play): As a fan, we all like to see a high scoring game. Whether it's basketball, football or hockey, offense is always more fun than defense. If you want to sit back and watch two teams pile up the points, this signature play is on a game that should go WAY OVER!

Beware of Dog (underdog play): If you like playing favorites, you best stay away from this game. When Ricky decides to back the underdog, it usually indicates that the favorite is grossly overvalued. This play features an underdog that should threaten to win outright!

Clash of the Titans: This signature play usually features a high-profile game, often between two teams that are battling for the top spot in the league, division or conference.

Game of the Week/Month/Year: The top play for each sport, for the week, month or year.

Ricky will release most of his plays the night before, with some plays released the morning of. Football plays are posted early, typically on Tuesday or Wednesday. You can expect 3-5 plays on a given day, with 5-7 plays available for big football Saturday/Sunday's. The Chiefs are the favorite to repeat in 2021, with Patrick Mahomes in a league of his own at the quarterback position.   Read More

Clemson is the clear favorite heading into the 2020 season, and for obvious reasons.   Read More
All Experts News

Get access to ALL of Ricky's NHL picks for 31 days.
Product has been purchased.
$199
$199
$199
About Us
Contact Us
Careers
Our Team
Our Community