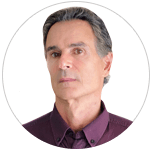 Decades of Beating the Market

Paul Bovi is an experienced professional bettor who focuses mainly on the NFL, NCAAF, and NBA, with major success exploiting the totals and props market. Paul is a gambler first and will never release a selection unless he has a financial interest. Join today and find out how Paul moves the number every week!

Who is Paul Bovi?

Paul began his career on Wall Street ascending to Vice President of a prominent investment firm before venturing into fulltime sports betting in 1995. In 2004, he launched his career as a public handicapper, initially as a means of sharing his selections with the many friends and acquaintances who sought out his expertise

In 2012 he collaborated with former NBA referee Tim Donaghy in launching a podcast in which he served as host for 5 years. During that time, he was an invited guest on a Celtics post-game show while also appearing on numerous radio broadcasts including a number of ESPN and Fox affiliates.

Paul comes off an incredible NFL season in 2019 in which he posted an 80-51-5 record, all against widely available Vegas numbers. Over the last 2 seasons he has logged a 68-43 record on NFL totals, despite being restricted from posting selections until the Thursday prior to the Sunday games.

In 2010, in only his 3rd year of entry, Paul cashed 15th place in the prestigious NFL Hilton Super Contest with an against the spread record of 51-33-1. In the inaugural year of the Circa Million, Paul’s lone entry in a field of 1875 finished deadlocked for 20th place, while closing out on a 51-27-2 run.

Over the years Paul has focused on 3 sports, notably the NBA as well as NFL and college football.

Paul attributes much of his success to watching as many games as possible, live or replay, which he feels gives him a distinct advantage over those handicappers who rely strictly upon statistical information, technical related factors, or combing box scores. Paul is a gambler first and will never release a selection unless he has a financial interest.

All picks will have a rating indicating the strength of the selection, which will be based on a 4 point scale from 7* to 10*.

Much of Paul’s focus as it applies to totals is capturing the value inherent in opening numbers. As such, college plays may be posted as early as Sunday evening for sides and Monday/Tuesday for totals. NFL sides/totals may be released as early as Sunday evening for the following weeks’ games, with periodic additions for both college and pro commonly posted on Thursday or Friday as well as within an hour of game time as the status of players on the injury report are finalized. Overall, you can expect 3-5 play NFL and NCAAF cards each week.

Get access to ALL of Paul's NFL Playoffs picks including the Super Bowl.
Product has been purchased.
$199
$199
$199

Get access to ALL of Paul's NFL Playoffs picks including the Super Bowl.
Product has been purchased.
$199
$199
$199

Get access to ALL of Paul's NBA picks for 31 days.
Product has been purchased.
$199
$199
$199
About Us
Contact Us
Careers
Our Team
Brand
Testimonials