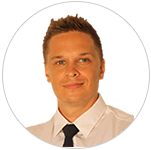 Check back daily for new pick packages or sign up for a subscription to receive new picks as they are released. The best value is with an all-sports subscription.

Who is Mike Lundin?

A former poker pro, Mike Lundin made his picks available to the public in June of 2014. He came out of the gates on fire, amassing a profit of $34,970 for $1,000/game clients over the course of his first year! He has since been a model of consistency finishing near the top of all major sports among his peers.

The majority of Mike Lundin's bets are placed on the big 6 leagues (NFL, NCAAF, NBA, NCAAB, MLB and NHL), with some occasional soccer plays as well.

Mike Lundin's experience as a professional poker player has proven to be an immeasurable asset in sports handicapping. He's a numbers guy, with a keen eye for spotting trends and stats that just don't jive with the odds offered by the books. Mike's plays will rarely be on huge favorites, he prides himself at finding value in close matchups and although Mike's considered a moneyline/spread specialist, when he releases totals play you better believe he's got something special cooking.

All of Mike's picks come with high quality analysis. Mike rates his plays between 1-10* with 10* being the maximum. Most plays will be 8-10* as he advocates more of a flat betting approach in order to minimize the variance.

Mike Lundin has anywhere from 3-5 plays per day in various sports, increasing to 5-7 during football weekends.

He generally releases his plays the evening before or early morning of for daily sports, with football picks usually posted a day in advance.

Get access to ALL of Mike's NFL and NCAAF picks for 31 days [A $149 savings versus purchasing each subscription individually!].

NBA Team Trends To Look Out For - Restart Special

The NBA is scheduled to resume on July 30. Find out which team trends have generated the most profit through the 2019-2020 season up until now.   Read More Who were the 3 most profitable MLB starters in 2019, and what are their prospects for the 2020 season?   Read More Here are 3 basic sports betting concepts to master which will increase the likelihood of collecting cash from your bookie.   Read More
All Experts News
50% off your first purchase
at covers experts

Get access to ALL of Mike's NFL and NCAAF picks for 31 days [A $149 savings versus purchasing each subscription individually!].