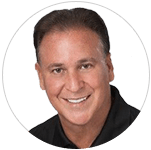 Outstanding combined records in MLB, NBA, NFL & NHL. We do it all and win big for you. Turn outcomes into incomes!

Who is Lee Sterling?

Unlike almost anyone in this business Lee actually played college football as a QB/Punter on the 1981 Southwest Texas State University now Texas State University FCS championship team. Before that Lee was a three sports captain & five sport letterman at Palmer Prep High School in Miami, FL. He is currently in the Palmer Sports Hall of Fame.

He is featured as an invited guest on over 45 national and local radio shows each week during football season. He is also featured each week in such newspapers & online at AL.com and the Las Vegas Review-Journal. He has also been featured as a guest on Fox News before the Super Bowl.

Lee understands and can pick up nuances unlike anyone in the business. Because of his background playing college football he can tell when a QB has trouble against certain schemes, defenses & coordinators. He was one of the first people that picked up last season that defenses would play one side of the field in zone schemes and the other in man to man vs Chiefs QB Patrick Mahomes. He calls his study of game film SWMA. That stands for Strength Weakness Mismatch Analysis. When studying game film he can pick out how one team's strength will attack another team's weakness and how that affects the point spread. He also looks for value using math models and algorithms. Lee puts it all together and that's why he's had 26 out of 27 winning seasons in football and 24 out of 27 winning seasons in basketball.

Never bet more than 5% of your bankroll on any game, no matter what. Even a 9 or 10 unit game should never be played heavier than 5% of that said bankroll.

4-5% is a 9 & 10 unit play - often plays where there is huge information on injured players that the public isn't aware of. A mismatch of monumental proportion exists based on either those injuries or study based on how one team should dominate the other. These plays are rarely released and over a 13 year period have a winning percentage of 70% going 42-18.

You can expect football picks to be posted by Friday afternoon, and basketball selections to be out the morning of the game.

All Sports Monthly *Deal of the Day*
31 Days

Get access to ALL of Lee's NFL Playoffs picks including the Super Bowl.
Product has been purchased.
$199
$199
$199

Get access to ALL of Lee's NBA + NCAAB picks for 31 days.

All Sports Monthly *Deal of the Day*
31 Days

Get access to ALL of Lee's NFL Playoffs picks including the Super Bowl.
Product has been purchased.
$199
$199
$199

Get access to ALL of Lee's NBA + NCAAB picks for 31 days.