Congratulations to all subscribers who each earned $8,111! 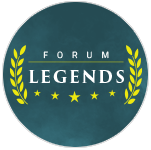 We've assembled the best-of-the-best from the Covers Forums now known as the 'Forum Legends'. Get proven betting advice from some of the most respected names in the Covers community and start turning a profit across each of the Big 6 (NFL, NBA, MLB, NHL, NCAAF, NCAAB). Learn more in the 'About' section.

Background: As a well-respected sports betting expert who's built a reputation in the NFL and NBA communities, LeagueCapper finished the 2018 NFL season with one of the best records we’ve ever seen, going 118 - 63 ATS, winning 65.2% of his picks. Never been one to stray into new sports, LC has stuck to NFL and NBA perfecting his systems and adding and growing new betting angles every passing season.

LeagueCapper is an adaptable spot player who values motivation and fatigue above everything else and understands that throughout a long and tiring season - teams have a difficult time getting up and giving 100% effort in each game. Finding these situational spots where a team might put forth less effort has been something LC has specialized in and has resulted in him crushing the books each season he’s bet over the past 7 years.

With well-documented records surpassing +175 units (equivalent to +350 units; +$35,000 using CE’s $100 betting unit and 1-10 unit scale) of profit through the 2018 season thus far, it is hard to argue with what LC has accomplished and will continue to achieve moving forward.

"Money won is twice as sweet, as money earned."

Background: AJMay has been successful in the past playing purely motivational and scheduling angles on underdogs, but soon realized he was leaving a lot on the table until he discovered the world of advanced statistics. Advanced stats will tell you when a team has been playing well despite losing a few games in a row, or a team has been playing poorly despite winning a few games in a row. This method will also let you know when a bad or mediocre team has started to figure it out and are now playing solid hockey. Similarly, good teams that will consistently attract most bets may not be playing well enough to justify the line.

These are great opportunities for betting against the public favorites and taking the value. There are also advanced stats for goalies which will allow you to approximate a goalie’s expected performance. When these statistical angles align with motivational and scheduling angles, a 10-unit play is warranted. When AJMay bets on big favorites, he’ll play them in regulation or parlay them to bring down the juice. Around -140 (1.71 decimal odds) is usually the upper limit for what he’ll pay. There is an extreme amount of variance in the NHL and you don't want to be on the wrong side of it with a -250 moneyline bet. You can roughly think of the way he handicaps games as: Total edge = Statistical edge + Motivational edge + Line value.

AJMay is excited for the opportunity to provide the Covers Experts community with what he’s learned over the years in his picks, write-ups and more importantly, make us all some money.

Background: TRAIN69 has been gambling on all sports since age 16, starting with the Super Bowl and NCAA tourney action. He has bet on just about everything at one point or another.....from all American sporting events to NCAA tourney brackets, horse races, tennis & soccer. College football is the game he loves the most and thus the game he knows the most. His style has evolved over the years, from betting the board and tons of parlays to being much more selective in picking spots. That doesn't mean he doesn't enjoy a good parlay, as his favorite bet is still the underdog ML parlay (UDMLP) - one his follower in the Covers Forum always look out for. He has seen many people get too serious and let gambling drain them emotionally and financially, which is why he refuses to only straight bet. Yes, money management is the key to gambling longevity, but he doesn't let that be his sole guide. He likes the challenge of winning a parlay, and after all....if you don't think you can hit 3/3,4/4 or 6/6, how confident can you be in each pick individually?

TRAIN69 does look at matchups and other capping angles (weather, location, lookahead/letdown spot, etc), but he's found that the Vegas linemakers are very good at what they do and rarely make a "mistake". He took nearly a year off between 2013/14 as life was pulling his attention elsewhere and his college football bets suffered due to lack of time to watch games and keep up. That definitely helped his approach, as now he likes to look at a game 360 degrees and focus less on one aspect (again, most things are already baked into a line). If you've ever read one of his weekly threads, you know that keeping it fun is serious business for TRAIN69.

Background: Cappologist has posted his picks in the Covers College Basketball forum for 6 years, but he’s been handicapping college basketball exclusively for over 11 years. He considers NCAABto be by far the most exploitable sport due to so many teams and unique matchups.

This collegiate basketball specialist has been steadily successful to the tune of +100 games won vs lost ATS across all his picks posted in the forum, yet he realizes nothing is guaranteed in the world of sports betting and prepares year around with that in mind. During the season, he takes notes on each slate of games daily and in the offseason, he performs a full season review and adjusts his strategies accordingly. With regards to his personal betting unit system, he highly values every bet he makes, so for that reason he is primarily a flat better who uses a standard 1 unit bet for all picks. Adapting to the $100 betting unit and 1-to-10 unit betting system utilized on Covers Experts, his personal 1-unit bet is equivalent to a 7 unit bet under the Forum Legends brand. When he feels strongly about a pick, he personally doubles down with 2 units – this is the equivalent to a 10-unit bet under the Forum Legends brand. These ‘double down’ plays are typically under 10% of his total volume of picks, but they have been extremely successful in the past going 54-28-1 ATS, 66%.

Cappologist separates himself from other NCAAB handicappers due to his willingness to work hard and stay up-to-date with an always evolving sports betting market and sport/league on a full-time basis. Rest assured he’ll be in the trenches grinding every day to deliver the very best results for clients – in the end it’s all about winning and that’s what he does best.

Get access to ALL of Forum Legends' picks, analysis and advice for 3 days.
Product has been purchased.
$99
$99
$99

Detailed analysis on Undervalued Overvalued NBA teams heading into Round 1 of the post-season.   Read More Notes and data on how the 2021 season has gone so far and some guiding predictions as we head into the final third of the season.   Read More

Get access to ALL of Forum Legends' picks, analysis and advice for 3 days.
Product has been purchased.
$99
$99
$99

Get access to ALL of Forum Legend's remaining 2021 NHL Playoff picks. (Now $50 OFF the original price!)
Product has been purchased.
$199
$199
$199
About Us
Contact Us
Careers
Our Team
Our Community