Congratulations to all subscribers who each earned $7,998! 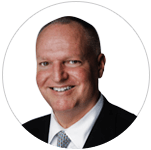 LOOKING FOR A BIG BOUNCE BACK ON THURSDAY!!

NBA GAME OF THE DAY!

29 years of unparalleled experience working Both sides of the counter enabled Doug to further developed his already successful Math Models into picking winners!

About Doug:
Making my 1st bet in 4th grade on the Minnesota Vikings in the Superbowl and looking at a 1953 Trophy every day in my office that my Grandfather won in LA winnings a YMCA Football Picking Contest - Sports betting in my blood is an understatement! As long as I can remember, I've always been interested in sports statistics and what worked and what didn't in predicting winners!

In grade school - I remember staying up all night figuring what situations worked and didn't in predicting ATS winners - riding the bus to downtown Portland on Friday Nights to bars to hand in my parlay cards for the weekend - got the name Jimmy the Greek Jr. for the success of hitting 4-team parlay cards - again all before High School!

The researching and reading books on Sports Betting (first books - Wayne Root and Lem Banker) never stopped. High School, started to develop my own Power Ratings for each team in the NFL and College football. I was discovering exactly what factors worked best for developing my Power Ratings then started to translate those Power Ratings to basketball teams.

Off to college - I went to school in the Bay Area Majoring in Business - Emphasizing in Statistics and Probability. Started to add several factors to my personal power rating I made for each team and then started to develop Math Models (along with the help of my professor) which vastly improved the probabilities percentage. The main reason you want to rely on numbers is to avoid being emotional, using instincts and recency bias which lead sports handicappers to overreactions!

Junior year in college - I started up a handicapping service and went public to try out my selections using the math models I developed - being Monitored by The Sports Monitor - from OK, I earned several Top 10 rankings including a few #1's - all against some of the Biggest Names in the Industry.

Off to Vegas (1992) - I continued to run my Sports Service which was gaining steam and increasing my clientele membership each and every month - I was part of some of the biggest Handicapper "Stables" in the country. Was also fortunate to be invited to do guest spots on sports betting radio shows - which led to more exposure here in Vegas.

Asked to use my talents on the other side of the counter - I was offered a position at a prominent Sports Book on the Strip and soon became involved helping create and moving sports betting odds. Using my love and background with the mixture of Statistics, Probabilities and Sports - I found a New Love. Conflict of interest arose along with deciding to devote full time to my new career - I decided to put my Sports Service on hold. During the Two+ decades of working for the Biggest Sports Books and Bookmakers in the industry - I have also gotten to know several successful Professional Sports Bettors along the way and was able to pick their brains. There was ONE common factor they all used - their Own Numbers!! Some couldn't name a player on most college basketball teams they bet on - but labeled each team with a solid number and came up with very powerful lines to compare with, which helped them make a comfortable living while keeping their emotions in check.

Then the Pandemic Hit - after grinding numbers for the Sports Betting Industry for 29 years - I decided to step aside and spend more time with the family and get back to the love of Handicapping Sporting events. With the unparalleled experience I've gained on both sides of the counter - studying and tweaking my math models with weighting the factors that matter most - I decided to go public once more and share the wealth!

Recently in 2016, I decided to use my ever-improving math models in the popular Covers "Ultimate Race" contest. My Models were Incredibly Successful - helping me finish in 1st Place - beating out over 7k entrants!!

What sports does he bet on?
Doug Knudson bets on the big 5 leagues (NFL, NCAAF, NBA, NCAAB, and MLB).

What are his handicapping systems/methods?
Doug Knudson strictly uses his Math Models, which he's basically spent his whole life developing through trial and error, and let the "numbers" do the talking! This eliminates all forms of "Recency Bias" opinion - which he believes is the #1 reason that prevents Sports Handicappers from succeeding. You hear handicappers say they watch as many games as possible to get that "eye" test about teams. Doug believes again that this is the #1 reason that gets these so-called experts in trouble - How often do you hear "How did this team look so good last week and so terrible this week?- You can't handicap this "S**T!". Teams are constantly making adjustments from week to week and have different emotions going into each contest. Want a secret? Teams play in cycles!

What is his strategy for pick rating and bankroll management?
Doug rates all his plays the same. Either they fit the range or not (either Doug likes the game or he doesn't). Rare occasions the numbers go way off the charts which Doug would rate a 10*. Doug recommends 3% on each play (5% on 10*s).

What should I expect for pick volume and release time?
Doug Knudson has anywhere from 3-5 plays per day, 1-5 plays per sport. Doug generally updates his numbers in the early AM - compares them to the latest line - releases plays by 9am ET. All football plays are released no later than the night before.

Get access to ALL of Doug's MLB picks for 31 days.
Product has been purchased.
$249
$249
$249
About Us
Contact Us
Careers
Our Team
Our Community