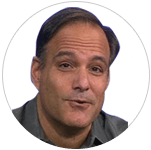 Brad Feinberg is a professional sports bettor who takes an innovative approach to game selection by combining a computer database stocked with 18 years of data and his unique ability to factor in the human element of sports. A true 'Sharp', Brad has made his living as a bettor since 1993. In addition to being a professional sports bettor, Brad is also one of the most successful DFS players in the US.

Who is Brad Feinberg?

Brad Feinberg is a professional sports bettor who takes an innovative approach to game selection by combining a computer database stocked with 18 years of data and his unique ability to factor in the human element of sports. A true 'Sharp', Brad has made his living as a bettor since 1993. NBC Sports Philadelphia recognized his talent and hired Brad as on-air talent to be their sports betting and gambling expert.

In 2018, Brad made a pre-season $8000 future bet on the New Orleans Saints to win Super Bowl 53. In what made national news, Feinberg sold the future bet for $57,500 (on PropSwap) to “Fox Lock It In” hosts Clay Travis and Cousin Sal. The near $50,000 profit on what wound up being a losing ticket, speaks to Brads innovative approach and sustained ability to make a living as a professional Sharp.

In addition to being a professional sports bettor, Brad is also one of the most successful DFS players in the US, winning the $1 million FanDuel World Championship in 2016 (under the name Coree27).

Brad is a firm believer that handicapping requires not being stagnant. Always adjusting your methods if the conditions merit it. That has been key to his success. Constantly being able to adjust to new trends and not fall in the trap of old ones that no longer have validity.

Knowing when to bet is also a huge factor in his success. Timing the market and knowing if to bet a game earlier or later in that particular week or day is also of paramount importance to be able to win at a consistent level. This has always been a key focus for him.

Brad has always believed that money management is an integral part of any sports bettors' success. He weights his plays on a 1-10 scale, based on the edge of each specific bet. The higher the rating, the more edge in the bet.

What should I expect for picks vilume and release time?

Brad tries to release his plays before the day of the game if possible, as early releases tend to have more line value. Plays will never be forced. It has to have an edge for a play to be given to a client. Whether it's 1 play a day or 10 plays a day, it varies depending on line value.

Get access to ALL of Brad's NFL and NCAAF picks for 31 days [A $149 savings versus purchasing each subscription individually!].

? ⨯ Experts Edge
Handicapper Articles.
No content available at this time, check back later.
All Experts News
50% off your first purchase
at covers experts

Get access to ALL of Brad's NFL and NCAAF picks for 31 days [A $149 savings versus purchasing each subscription individually!].