Congratulations to all subscribers who each earned $13,156! 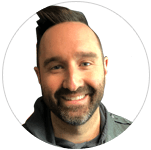 Anthony Stalter is a sports radio veteran of over 10 years. An avid follower of the sports betting industry since a young age, Anthony has written betting columns and predictions for various sites including 4for4.com, 101ESPN.com, and now Covers. Anthony goes beyond the numbers to identify underachieving and overachieving teams and stay one step ahead of oddsmakers.

Who is Anthony Stalter?

Anthony is a sports radio veteran of over 10 years. After graduating from Central Michigan University in 2004, he started his radio career with WDFN in Detroit before making his way to St. Louis, where he currently resides. He has been with 101 ESPN in St. Louis since 2012, where he currently co-hosts the afternoon drivetime show “The Fast Lane” from 2-6PM CT. Last summer, he added national radio to his resume, joining ESPN Radio as a weekend host, which included co-hosting “Football Frenzy” every Sunday during the NFL season from ESPN’s main campus in Bristol, CT. An avid follower of the sports betting industry since a young age, Anthony has written betting columns and predictions for various sites including 4for4.com, 101ESPN.com, and now Covers. He routinely includes betting content in his sports radio shows as well.

On top of the main professional leagues - NFL, NBA, MLB, and NHL - Anthony also bets on college football and basketball. He added soccer and KBO to his betting portfolio after the pandemic postponed sports stateside.

How many times have you heard someone say, “bet the line and not the team?” Well, Anthony doesn’t necessarily agree with that philosophy. Yes, there are times when he feels that a team is overvalued by the public or oddsmakers and thus, he’ll “play the line.” That said, Anthony also subscribes to the notion that bad teams often find a way. For example, the Browns were a favorite of sharp bettors in 2016, as there was often reverse line movement with their games that season. Cleveland finished 1-15 straight up and 4-12 ATS that season, often blowing halftime or second-half leads in the process. It didn’t matter how juicy the line was, the Browns found ways to kill sharps and line the pockets of public bettors that blindly faded Cleveland. Of course, there are plenty of examples of public bettors overvaluing teams and paying a premium for an overrated product. Thus, Anthony’s method starts with having an understanding of how a team or player is truly performing. Is that team routinely winning games when they’re out-gained in the process? Are they great at causing turnovers or do they merely have turnover luck? Is a quarterback’s numbers inflated by virtue of playing inferior opponents? Is a pitcher’s ERA low but his FIP bloated? Anthony will use analytics and stats to confirm what he’s seeing with his eyes, then compare those notes to his power rankings to see if there’s value in the line. But it all starts with having an understanding of how a team or player is actually performing.

Anthony uses a flat rating system, choosing to keep most of his selections at the same risk amount. There are exceptions, but he shoots for a high winning percentage over the course of a season, as opposed to relying on his “big plays” to help him profit over the course of a season. Essentially, he doesn’t have any “big plays” and “small plays,” as those small plays are often weeded out during the handicapping process. Anthony also feels as though he avoids chasing if he stays with the same flat betting strategy throughout the year/season.

Anthony believes in minimizing his plays, as there simply won’t be an angle for every matchup. That said, it’s also not unusual for him to have 3-4 selections on an NFL Sunday or 5-6 plays on a college football Saturday. When it comes to daily sports like NBA, MLB, and NHL, he often won’t have more than two selections per day. While he’ll strive to have as early a release time as possible, sometimes it’s necessary to wait closer to kickoff/tip-off/first pitch to get the best line or the most up-to-date injury information. More times than not, Anthony will have his selections available by mid-afternoon for MLB, NBA, and NHL, or a full 24 hours before football.

Get access to Anthony's 2022 NHL Playoff picks!
Product has been purchased.
$149
$149
$149
About Us
Contact Us
Careers
Our Team
Brand
Testimonials