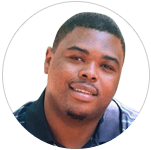 Alex B. Smith has been a Sports Handicapper since 2011. He has emerged as one of the top up-and-coming Handicappers in the business. Cut from the old school, Alex B. specializes in College & Pro Football, as well as College Hoops and the NHL. His plays suit the long-term investors who play to win consistent money, as well as the causal bettors and action players.

First-Time Clients: Take 15% OFF any Alex B. Smith product with promo code SMITH15%

About Alex B Smith

Who is Alex B. Smith?

Alex B. Smith has been a Sports Handicapper since 2011. He has emerged as one of the top up-and-coming Handicappers in the business. Smith has been heavily featured in Print and Radio Media over the years, Doing various interviews with SB Nation Radio, SportsXRadio, Yahoo Sports Radio, ESPN Radio in Las Vegas, Nevada and 93.7 The Ticket FM in Lincoln, Nebraska along with interviews & articles published in the Las Vegas Review-Journal newspaper. He was the co-host of "The Box Seats", a betting podcast on LateNightSportsRadio.com from 2014 to 2016 and was the co-host of PuckTime, a hockey program on WagerTalk TV. Alex is also an original member of "The Ice Guys, a daily NHL video show on the Patreon platform. Alex has also previously done some freelance writing with Bleacher Report during a brief stint as a Cutman's Assistant in Boxing.

Smith is a firm believer in looking at the intangibles. Key game situations. momentum, scheduling and weather as well as breaking down the important numbers and following strict bankroll management. A big fan of obscure college teams, His plays suit the long-term investors who play to win consistent money, as well as the causal bettors and action players.

6* = Top Play, my standard selection on a game.
8* = Best Bet, a stronger play that I will have every so often on a card
10* = Game of the Month or Year, a top-rated play for that sport based on season.

My highest volume sports are College Football, College Hoops & NHL Hockey, based on a per week and per season basis, respectively. I am a lower-volume player when it comes to NFL & UFC. I look to have plays for daily sent out with analysis by Mid-Afternoon, to make sure that all angles have been covered, especially when double-checking lineups & injuries. With Football, I'm usually set on a card by the middle of the week.

Get access to ALL of Alex's NFL and NCAAF picks for 31 days [A $149 savings versus purchasing each subscription individually!]. Every post-season, a handful of players emerge from the pack to lead their club to hoist Lord Stanley's Cup one man gets named as Playoff MVP   Read More

As we prepare to witness history with the Opening Round series to kickoff the 2020 Stanley Cup Playoffs. here are a pair of Betting Trends worth following   Read More
All Experts News
50% off your first purchase
at covers experts

Get access to ALL of Alex's NFL and NCAAF picks for 31 days [A $149 savings versus purchasing each subscription individually!].

Product has been purchased.
$1,199
$1,199
$1,199
Get the best sports betting information delivered straight to your inbox for free.
By signing up for the Covers newsletter, you agree to receive electronic communications from Covers about our products and services, as well as other content that may be of interest to you
About Us
Contact Us
Careers
Our Team
Our Community