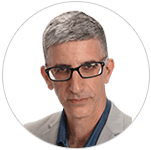 I watched Louisville look fairly impressive in their season opener against Western Kentucky last week.  And yes, Louisville is in revenge for an ugly -3 turnovers 25 point loss at Miami last year; a low point in their season.  But make no mistake about it – the ‘Canes have the better personnel on both sides of the football; grading out as the superior team at nearly every position on the field.  And with NFL bound senior QB D’Eriq King behind center, the ‘Canes have the type of dynamic playmaker to pull off this modest road upset.  Forget the points – take the plus price with Miami on the moneyline in a game I expect them to win.  Take Miami on the moneyline.

Teddy continues to sizzle across sports, entering the weekend riding a 38-19 (67%) run dating back to the first week of August!  His NFL is off to a great start, cashing at a 67% clip, and he’s off to a 67% start in college football as well.  Get onboard right here, right now & expect more winning action all weekend long!

The San Francisco 49ers have no business laying a TD on the road to ANYBODY right now.  The defending NFC champs are in a world of hurt as they travel East for this early start game.  They have cluster injuries among their top pass catchers, with Deebo Samuel out, #2 WR Brandon Aiyuk questionable at best and George Kittle already dealing with injury bug.  The 49ers also have cluster injuries at center, with Weston Richburg out and backup Ben Garland just back in practice following his own injury absence.  Guard Daniel Bruskill is a plug and play fill-in, not an elite lineman, and QB Jimmy Garoppolo is not a ‘bet-on’ QB when his OL and receiving corps are an injury riddled mess.  The Jets played an awful first half last week but settled down after halftime.  With the markets crashing on Adam Gase’s squad here, there’s legitimate value to back them catching a full TD.  Expect a battle, not a blowout.  Take the Jets.

Teddy continues to sizzle across sports, entering the weekend riding a 38-19 (67%) run dating back to the first week of August!  His NFL is off to a great start, cashing at a 67% clip, and he’s off to a 67% start in college football as well.  Get onboard right here, right now & expect more winning action all weekend long!

The defending Super Bowl champs continue to be undervalued in the betting marketplace; now 9-0 against the spread in their last nine ballgames following their opening night win.

Without a preseason, John Harbaugh left Lamar Jackson in the game for another series against the Browns, despite leading by 32 points with ten minutes left in the fourth quarter.

The Cowboys could/should have a bigger homefield edge than many teams, with “some” fans expected in Dallas for their home opener vs the Falcons on Sunday.

The Seahawks wanted to be aggressive early in games.  They accomplished that at Atlanta: 21 passes on their first 35 plays, and only three handoffs on their first 12 first downs.

Tom Brady has now thrown pick sixes in each of his last three games, dating back to New England.  The last QB before Brady to do that was lowly Matt Schaub in 2014-15.

The 49ers injury bug hit hard last week, with their top two centers hurt and only three healthy wide receivers by the end of the game.

The Packers have offensive line issues.  They played without starting tackle Billy Turner, then guards Lucas Patrick and Lane Taylor both got hurt against the Vikings.

The Patriots notched 18 rushing first downs in their win against the Dolphins; shortening the game.  They only had three second half drives, and no second half punts.

The Rams originally played to stay East between their Week 2 game at Philly and their Week 3 game at Buffalo, but COVID restrictions will have them flying back and forth both weeks.

DeAndre Hopkins, off his career high in catches in the opener at San Fran: “I knew we had something special the day I walked into this building.”

Sometimes, box scores lie.  Houston outgained the Chiefs 6.2 yards per play to 5.5 in a game where the Chiefs dominated until a couple of late, ‘garbage time’ Texans TD’s.

Good sign for the Broncos young QB Drew Lock?  He showed comfort looking all over the field, completing passes to nine different receivers on Monday Night.

The Chargers are already dealing with an injury bug on the offensive line; with center Mike Pouncey and guard Trai Turner both sitting in the opener.

The Falcons defense forced only four Russell Wilson incompletions for the whole game, while the offense turned it over twice and failed on all four fourth down tries.

Starters Greedy Williams, Grant Delpit and Kevin Johnson all were unable to suit up in the Browns secondary last week, leaving their pass defense in shambles at Baltimore.

Big concerns for the Raiders on the defensive side of the football after allowing 30 points without forcing a turnover in their opener.

Mitch Trubisky looked awful for most of the game, until the Lions suffered cluster injuries in the secondary, losing their top three cornerbacks.  After that, Trubisky looked much better.

The Giants offensive line couldn’t provide any push for Saquon Barkley in the opener.  Barkley was hit at or behind the line of scrimmage on 11 of his 15 rushing attempts.

The Jets didn’t wake up until they were already trailing by three TD’s at Buffalo, and Sam Darnold was under constant pressure playing behind four new offensive linemen.

Cowboys HC Mike McCarthy was pilloried for eschewing the field goal and going for the TD in a tight fourth quarter game.  Ron Rivera did the same thing, but it worked & nobody complained!

Joe Burrow had a mixed NFL debut.  His fourth quarter drive was impressive and should have won the game, but his interception on first down in field goal range was downright ugly.

Last year, Ryan Fitzpatrick got away with a lot of ‘chuck it up and let my receivers make plays’ throws.  That strategy was a disaster vs the Pats, throwing three costly interceptions.

For a young team with a new QB and new coaching staff, the Panthers played a clean game in their opener – no turnovers, only one sack allowed and a reasonable five penalties.

In a year with questions about every teams homefield edge, the Jaguars clearly had one on Sunday against, with 14,000 in attendance to watch their upset vs Indy.

Military troops that score 3 or fewer points in a game have bounced back in a big way in the next game.   Read More
Horse racing news and notes, 9/15/20

Military troops that score 3 or fewer points in a game have bounced back in a big way in the next game.   Read More
Horse racing news and notes, 9/15/20