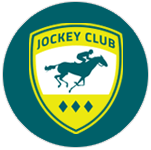 SEA GARDEN could be ready to win against a suspect bunch on Saturday following a respectable third-place finish at Ellis. Steve Margolis, batting 17 percent with route-runners for a flat-bet profit, changed SEA GARDEN’s work pattern for this race. Instead of a blowout three-furlong drill like last time to sharpen her speed, or a series of works culminating with a much-too-speedy :58 1/5 five-furlong drill before her debut, SEA GARDEN sports just one work – a reasonable but fast five furlongs in 1:00 3/5. Corey Lanerie also sees fit to climb aboard.

Let’s recap the horse racing headlines from last weekend and preview what’s to come in the week ahead.

Upsets galore on Saturday at Saratoga

MIDNIGHT BISOU’s loss to VEXATIOUS in the Grade I Personal Ensign set the tone on Saturday at Saratoga. Four races later in Grade I Whitney, favored TOM’S D’ETAT blew the start and ended up third behind IMPROBABLE. Then in the Grade I H. Allen Jerkens, favored NO PAROLE was nowhere to be found in the stretch as ECHO TOWN powered away impressively to win by 3 1/2-lengths.

THOUSAND WORDS set the pace and shockingly held off a bid by HONOR A. P. to take Del Mar’s Shared Belief Stakes and 50 Kentucky Derby points, all but assuring his spot in the starting gate. Previously-undefeated CEZANNE was a disappointing last in a four-horse field.

A ground-saving bid by Flavien Prat helped COLLUSION ILLUSION get his nose down first in the Grade I Bing Crosby at Del Mar over a determined LEXITONIAN. The three-year-old son of Twirling Candy earned a spot in the Breeders’ Cup Sprint as a result.

Saratoga’s prestigious Grade I, $1 million Travers Stakes, moved up from it’s traditional end-of-August date in order to serve as a prep for the Kentucky Derby on Sept. 5, is Saturday’s richest race. It also offers 170 Derby points to the first four finishers (100-40-20-10 format). Let’s go over the weekend action below.

The Grade I, $1 million Travers Stakes

Presumptive Kentucky Derby favorite TIZ THE LAW looks like the one to beat in the Travers Stakes, his first outing since winning the Belmont Stakes on June 20. His main opponent could be the undefeated UNCLE CHUCK, shipping in from California for Bob Baffert.

Both GAMINE and VENETIAN HARBOR are expected to shorten up in the seven-furlong Ballerina Stakes at Saratoga this Saturday. They’ll take on the improving FOUR GRACES as well.

JOLIE OLIMPICA, BEAU RECALL and KEEPER OFTHE STARS are all looking to rebound off losses in Del Mar’s Saturday feature, the Yellow Ribbon Handicap, at 1 1/16th-miles on the turf.

Military troops that score 3 or fewer points in a game have bounced back in a big way in the next game.   Read More
Teddy's Week 2 NFL Power Ratings

Military troops that score 3 or fewer points in a game have bounced back in a big way in the next game.   Read More
Teddy's Week 2 NFL Power Ratings