Congratulations to all subscribers who each earned $7,733! 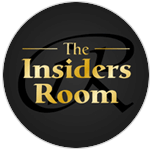 The Insiders Room
NHL
WAS

This is a 1* FREE PLAY on the Islanders.

These teams are evenly matched. They have identical 29-13-4 records.

They've played each other five times and the Capitals have the 3-2 series lead thus far.

This is the opener of three straight between the teams, and we're thinking that the home side at this price is worth a second look.

Washington has lost two of its last three, including a 6-3 setback at Boston in its most recent action.

After losing three of four, New York has won two in a row, including a 6-1 beatdown of the Rangers here in its most recent outing.

These two teams are moving in opposite directions right now and I think those trends continue here.

Look for the Isles tough defense to be too much for the Capitals in Game 1 of this three-game mini-series.

Tanking certainly ain’t what it used to be in your father’s NBA.

With more teams in the hunt for the post-season, only the truly awful in the NBA will be out of the mix heading down the home stretch, and for bettors who enjoy fading truly the worst of the worst, it complicates things just a bit. The field of teams already out of playoff contention has been thinned quite a bit.

Here’s a check of teams that are on the outside looking in, and have taken their seats in Tanking Auditorium:

ORLANDO MAGIC – Every decent player on the Magic roster (Vucevic, Fournier, Gordon) were let loose in that trading deadline bonfire, and Orlando is now looking at a long and painful rebuild. What’s getting bettors’ attention now is the huge, double-digit lines that are being posted. Earlier this week the Nuggets had to spot Denver 17.5, and couldn’t cover that number. Denver took one look at the Magic, then mailed it in and had to overcome an 18-point deficit. But Orlando has a relatively soft schedule until the final week of the season, and appears to still be playing hard.

HOUSTON ROCKETS – The obituary for the 2020-21 Rockets was written early on by James Harden big-timing his way out of town, and now this ghost ship of a franchise that only a year ago had legitimate title aspirations is now facing a long climb back. Battling the Timberwolves for the NBA’s worst record, Houston has in the process become the league’s worst cover team, eclipsing the number just 16 times in the first 50 games. The final 22 don’t look all that promising, either. The Rockets from office will now spend its 9-to-5 workdays trying to figure out how to unload John Wall and his enormous contract.

DETROIT PISTONS – At some point early this season, Piston bosses and management had an uh-oh moment when they realized that the player they had brought in to build around was fading, and not slowly. So with Blake Griffin becoming a expensive dime-a-dozen 3-point jump shooter (Larry Bird used to say that the older a player gets, the more he drifts out toward the arc), management pivoted and sent him out of town. Detroit is now building around free agent find Jerami Grant and rookies Killian Hayes and Saddiq Bey. The Pistons are clearly several pieces away from contending again, but so far, so good. Detroit is actually in a pretty good spot -- showing the fans that there is a future while still losing enough games to possibly get a top-5 pick in what many observers say will be a solid draft. Bettors should note that Detroit is also a half-decent cover team.

MINNESOTA TIMBERWOLVES – Little did anyone realize that the high point of the T-Wolves’ season would come when Minnesota actually beat the Jazz in Utah, and moved to 2-0. Seven straight losses, and pretty much all hope, then followed as Minnesota took its assigned seat at the bottom of the Western Conference. A team with Karl-Anthony Towns, DeAngelo Russell, Malik Beasley and overall No. 1 pick Anthony Edwards shouldn’t be THIS bad, but here we are. Since that improbable win over Utah, Minnesota has won 11 times. The whole just doesn’t equal the sum of its parts for a team that won 29 percent of its games last year, and then somehow has managed to get even worse.

The Buffalo Bills have sailed 'Over' their season-win total each of the last four years, but...   Read More
All Experts News

The Buffalo Bills have sailed 'Over' their season-win total each of the last four years, but...   Read More
All Experts News

About Us
Contact Us
Careers
Our Team
Our Community