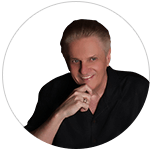 With playoff teams that scored 40 or more points away in their last playoff game just 0-3 UNDER since 2000 in their next playoff game, we recommend a 1* play in the UNDER total in this contest.  Thank you and good luck as always.

> Marc’s scorching hot hand on the NFL playoff card resumes Sunday with another Top Rated Kill Play backed with a jaw-dropping winning situation inside the game that has NEVER LOST the money in NFL Playoff history. Don’t miss out - get it now!

ROGERS & ROGERS: Former Top 50 four-star QB Justin Rogers entered the transfer portal and settled on UNLV. Two years ago he was the crown jewel of TCU’s 2018 class, but a gruesome knee injury in his senior year of high school curtailed his development in his freshman and sophomore seasons at Fort Worth. Rogers says he’s 100% healthy and ready to play, provided he’s granted immediate transfer eligibility. If so, he will team with former high school teammate WR Terrace Marshall while battling Armani Rogers, a terrific running quarterback. That would be good news for a UNLV squad that has had one winning season in the last 19 years ... Check back daily for more BETCHA DIDN’T KNOW nuggets worth their weight in gold from Marc Lawrence in the 2020 PLAYBOOK Football Preview Guide Magazine.

In his CFB head-coaching career, new Jacksonville Jaguars head coach Urban Meyer was 188-32 SU and 120-88-5 ATS...   Read More
Who wins the Stanley Cup and why!

In his CFB head-coaching career, new Jacksonville Jaguars head coach Urban Meyer was 188-32 SU and 120-88-5 ATS...   Read More
Who wins the Stanley Cup and why!