Congratulations to all subscribers who each earned $6,832! 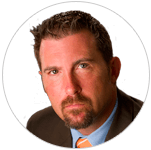 Who is Matt Fargo?

Matt Fargo has been handicapping sports for 20 Years. Consistent winning is the name of the game and that is what Matt provides. He has become one of the most recognized and respected handicappers around and that is by no accident. Matt has appeared on numerous radio shows over the last few years giving out sought after information, free plays and spot-on analysis that the bettor needs. He is commonly referred to as "Mr. Analysis" as his game day reports are considered to be some of the finest and most thorough available anywhere. If you want reasoning for a play, Matt gives it to you.

The majority of Matt Fargo's bets are placed on the big 6 leagues (NFL, NCAAF, NBA, NCAAB, MLB and NHL), but he also has weekly CFL, WNBA, and Golf picks.

Every day, I continue to learn and grow as a handicapper. While specific systems are not used on a daily basis, I am considered a situational handicapper above anything else. Analyzing each and every game on a daily basis, no matter big or small the card, is essential to be able to pull out the best situational plays. Statistical data is always important as well, even more so in college sports.

Play Rating will be displayed in each title and range anywhere from 5* to 10* for Premium Plays and 1* for Free Plays.

Enforcer – this is the Signature Play for Matt and is usually backed with a 10* Rating unless otherwise noted.

Supreme Annihilator – this is typically a favorite or a pickem that Matt feels has the opportunity to destroy the line.

Ultimate Underdog – this is an underdog that is being faded for the wrong reasons and usually has a chance to win a game outright.

Star Attraction – this is a game that can be seen on national television providing great watch and win opportunities.

Total Dominator – while rare, these are the best over/under releases and occur more in football and baseball than any other sports.

Matt Fargo has anywhere from 3-5 plays per day in various sports, increasing to 5-7 during football weekends.

As for the time of release, Matt Fargo generally releases his plays by late morning ET, with football picks released by Friday for the weekend’s games.

Get access to ALL of Matt's 2021/22 NBA + NCAAB Regular Season and Playoffs/March Mayhem picks.

Get access to ALL of Matt's NBA + NCAAB picks for 31 days. It may be November, but The Masters is The Masters and we will take it anytime.   Read More

Inside the Boxscores Week Five Part One

Matt goes inside the game and breaks down all of the box scores from Week Five. Part 1 of 3.   Read More

Matt goes inside the game and breaks down all of the box scores from Week Four. Part 3 of 3.   Read More
All Experts News

Get access to ALL of Matt's 2021/22 NBA + NCAAB Regular Season and Playoffs/March Mayhem picks.

Get access to ALL of Matt's NBA + NCAAB picks for 31 days.